Lactic acid fermentation is growing to be the focus of coffee processes as research reveals it may be linked to certain important attributes of the coffee in the cup.

Day by day, growers, baristas, roasters and researchers work in hopes of unveiling new knowledge of this natural phenomenon.

It is undoubtedly the key to achieve high quality and signature coffees with unique flavors.

In this article we will be explaining what lactic acid fermentation is and its influence in the final quality of the coffee it produces. But before we begin, if you are not familiar with the process of coffee fermentation, we suggest you review our previous post: Coffee Fermentation: Eight things you probably don’t know.

All living organisms and their cells require energy to function. This chemical energy is obtained in the form of Adenosine Triphosphate molecules (ATP) from the metabolism of sugars during the process of cellular respiration. Microorganisms such as fungi, bacteria and yeasts have different types of respiratory metabolism.

But they all begin their work of obtaining energy from a biochemical reaction known as glycolysis. Glycolysis occurs inside cells. In this process, one molecule of glucose is converted into two molecules of pyruvic acid and two molecules of ATP.

After the process of glycolysis, the respiratory pathway can follow different routes depending on the presence or absence of oxygen.

If the microorganism is aerobic, it will follow the respiration pathway, obtaining 36 molecules of ATP, CO2 and water.

This is the most efficient metabolic pathway for obtaining energy as one molecule of glucose is converted to 36 molecules of ATP.

In comparison, in the absence of oxygen, the microorganism will have to follow the fermentation route, obtaining only 2 molecules of ATP through this process.

There are many different types of fermentation which depend on the microorganism and the final products generated:

3. Lactic acid bacteria and their importance in the industry

Lactic acid fermentation is very important in the food industry due to its strong capacity as a preservative.

Lactobacteria (LAB) are obligate anaerobes, which means they can only live in the absence of oxygen. The genera Lactobacillus, Leuconostoc, Pediococcus, Lactococcus and Streptococcus also belong to this group.

In these foods, lactic acid fermentation is responsible not only for their shelf life but also for their defining flavor. Depending on the food product, different cultures of specific bacteria and yeasts are used together during the process of fermentation.

Although selected microbial cultures are commercially available, many producers devote a great deal of effort to isolate, reproduce and preserve their own microorganisms, allowing them to obtain unique flavors. This enables them differentiate their products in the market.

4. What about lactic acid fermentation in the coffee process?

Lactic acid, in addition to increasing the acidity of fermented foods and beverages and prolonging their shelf life, is responsible for a substantial improvement in the flavor, aroma and texture of the food or drink it ferments.

This contributes to the development of the some attributes that make up the coffee’s sensory profile such as the “umami” flavor. Although “umami” is not included in the coffee flavor wheel, it is the fifth flavor attribute present. It refers to the sensation of a prolonged and delicious taste.

Lactic acid bacteria also produce some secondary metabolites such as esters, ketones, alcohols and aldehydes. These metabolites have been related to the development of some of coffee’s attributes such as floral, fruity and buttery tastes and textures.

Lactic acid bacteria are not the only ones present in coffee fermentation.

Lactic acid bacteria such as Lactobacillus acidophilus, L. fermentum and L. plantarum participate in the lactic acid fermentation of coffee, but are not the only bacteria present in coffee fermentation.

There are other indigenous bacteria specific to each coffee crop, and there are other fungi, bacteria and yeasts that are responsible for alcoholic and acetic fermentations.

If all the factors that influence the cup quality of coffee are not controlled, undesired microorganisms can also appear. These undesirable organisms will promote fermentations such as formic, propionic, butyric and methanic fermentations that result in very unpleasant coffee flavors.

5. Can you enhance the lactic acid fermentation of coffee?

Many producers and lovers of good coffee have focused on researching and developing their own fermentation protocols in which they try to control all the factors that influence the cup quality of coffee.

6. Anaerobic fermentation of coffee in bioreactors

If you have read our post Coffee Fermentation: Eight things you probably don’t know, then you will know that the fermentation process of coffee beans can be carried out in several ways depending on whether or not the initial mass of freshly pulped coffee is exposed to air.

Fermentation as a biological process is purely anaerobic. However, when it comes to coffee, controlled fermentation protocols include variations in presence or absence of oxygen that comes into contact with the pulped coffee mass during all or part of the fermentation process.

In the fermentation of coffee in closed tanks, not only is oxygen prevented from coming into contact with the coffee mass, but it is also possible to control the fermentation time as a function of pressure, temperature and pH.

And in some cases, it also allows inoculation with selected microbial strains that are in charge of carrying out the fermentation process. This way, it is possible to adjust, control and replicate the processes to obtain consistent cups of coffee with special attributes.

7. What really matters in the coffee fermentation process

The more control there is over all the factors involved in the production and processing of coffee, the better the results will be.

Specifically, the terroir, the coffee varieties cultivated, the health of the crop and the point of maturity at which the coffee cherries are harvested are the determining aspects that influence the concentration of sugars in the coffee mucilage.

This concentration of sugars together with controlled fermentation processes is what will finally result in a differentiated, high quality and replicable cup of coffee.

The lactic acid fermentation of coffee is also important because it seems to be associated with milder cups of coffee, with pronounced and pleasant acidity and greater sweetness and body.

Thus, the controlled fermentation of coffee in anaerobic conditions reduces the risk of other types of undesirable fermentation occurring, which can compromise the quality of the coffee.

However, as we have previously stated, lactic acid fermentation alone is not responsible for obtaining a high quality cup of coffee.

Sign up into Fantine and browse expert producers and their coffees.

Thank you for taking the time to read this article. We’d love to hear your feedback and opinion of this article. If you have experience related to lactic acid fermentation in coffee we hope you will share your results with us. And as always, we invite you to subscribe to our blog so that you can be informed about new articles and updates on the exciting world of coffee.

Sign up to our newsletter receive monthly articles and updates on the exciting world of coffee, as well as offers from producers. 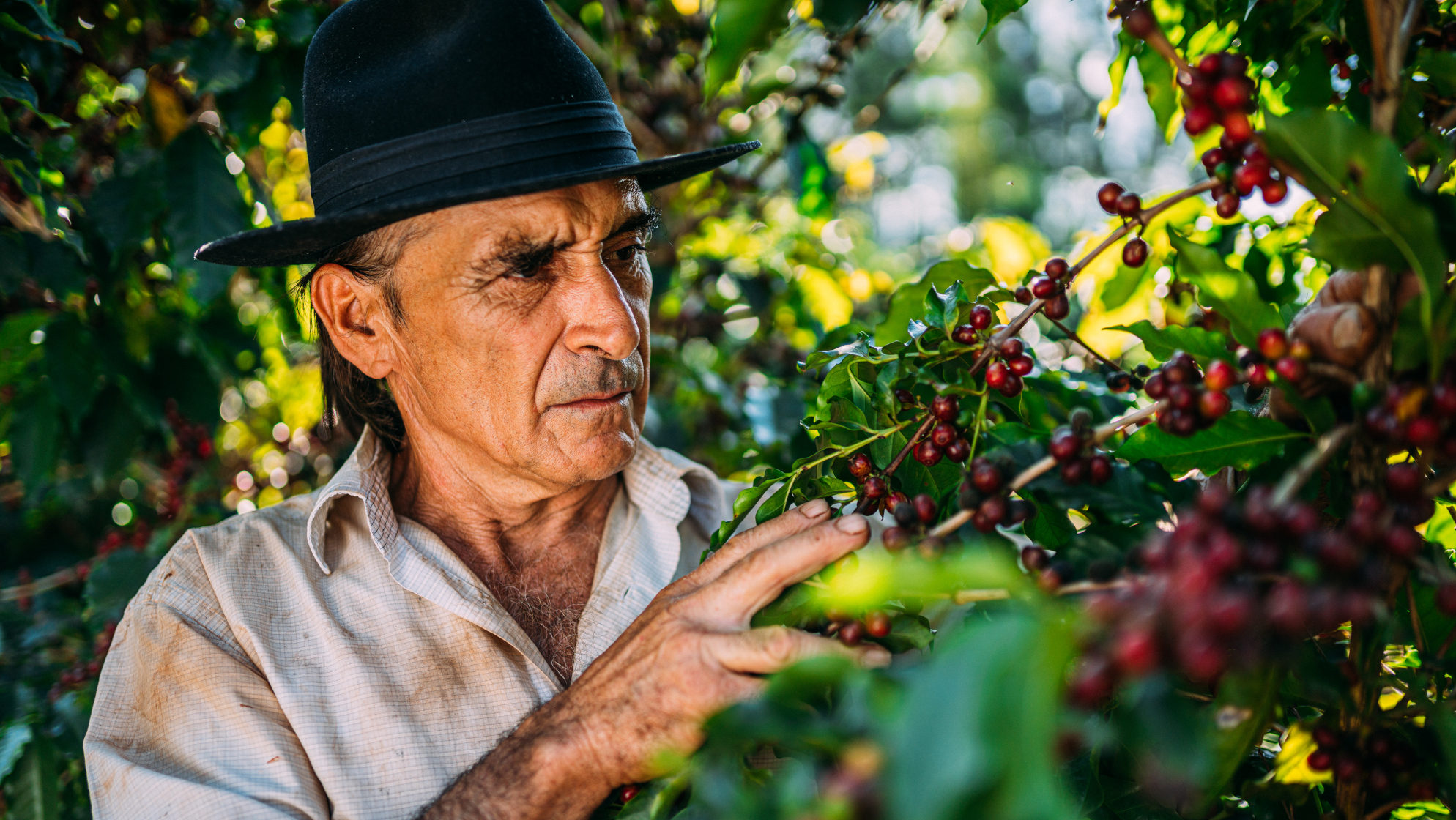