Europe is the cradle of coffee culture. While the history of coffee begins in Ethiopia, in fact, the protagonist of this history in Europe, which expanded it throughout the world from cultivation to consumption. Ever since coffee was brought to the continent from Africa, the beverage fostered the blossoming of new cultures. These classic traditions have since been elevated to new heights in the form of cutting-edge specialty coffee cultures across Europe. 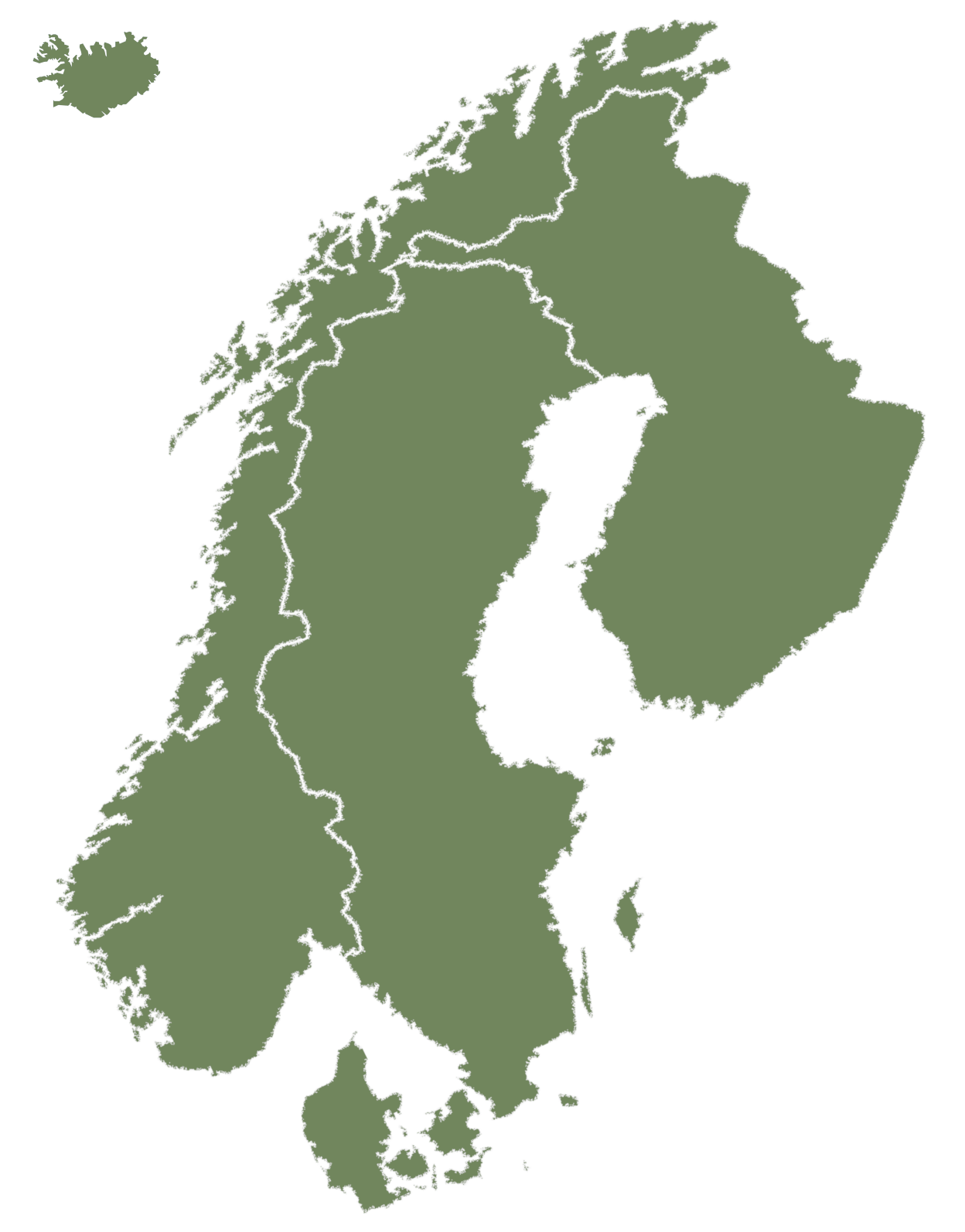 Scandinavia is passionate about coffee. Thanks to all five Scandinavian (Nordic) nations, the region is in the top 10 coffee-consuming countries in the world per capita consistently. Safe to say, the Nordic obsession with coffee is on display for the world. Regardless of the why, the how is relatively straightforward. The first coffee beans landed on the shores of Sweden somewhere around the 1670s. Initially, however, the drink received little attention and it was used mostly by doctors for medicinal purposes. It was not until the Swedish King Charles XII made his voyage to Turkey that coffee would become a bigger phenomenon. Denmark was right behind Sweden in the coffee race with the first cup of coffee served in Denmark in 1665, followed by Norway, Finland and Iceland. In Norway, it was not until the 1860s that Peter Christen Asbjørnsen wrote his treatise on coffee. which sparked the imagination of the Norwegians, who started experimenting with the drink. Soon, they invented the world-famous “kokaffe”—making Norway the first nation of proper coffee connoisseurs. In Finland, coffee got a real boost in popularity when in 1919, when alcohol was banned throughout the country. Still, it was only during World War II, when coffee imports suddenly halted, that the Finns realized what they were missing. In Iceland, by about 1760, green coffee was widely available, and almost every home had its roaster and grinder. By 1850, coffee had become an inseparable part of the working day and was being consumed twice or thrice a day, more during harvest season or sailing season. By the beginning of the 20th century, coffee culture and Icelandic culture became thoroughly intertwined and Iceland slowly sailed into the golden age of home roasting.  These classic traditions have since been elevated to new heights in the form of cutting-edge specialty coffee cultures, particularly popular in the Nordic countries. The Nordic approach i.e. Nordic roasters’ relationships with coffee producers and their dedication to sustainability continue to set an example for roasters in Europe and worldwide.

Despite the popular image as two countries of tea lovers, Britain and Ireland have a long history of coffee culture. According to Leonhard Rauwolf’s 1583 account, coffee became available in England no later than the 16th century. Coffee was also brought in through the British East India Company and the Dutch East India Company in the 17th century, which fueled the trend of coffee houses evolving into social gathering places in the mid-17th century. During the enlightenment, these early English coffee houses became gathering places used for deep religious and political discussions among the populace. Nowadays, coffee is part of Britons’  and Irishmen’s everyday lives and long gone it is the time when Charles II made an attempt to crush coffee houses in 1675. Today, countless cafes dot the urban landscapes and beyond, and major chains continue to expand their footprint in Ireland and the UK. When it comes to specialty coffee, large-scale roasters, especially ones built around wholesale business, have a major presence. And sustainability is among their chief concerns. 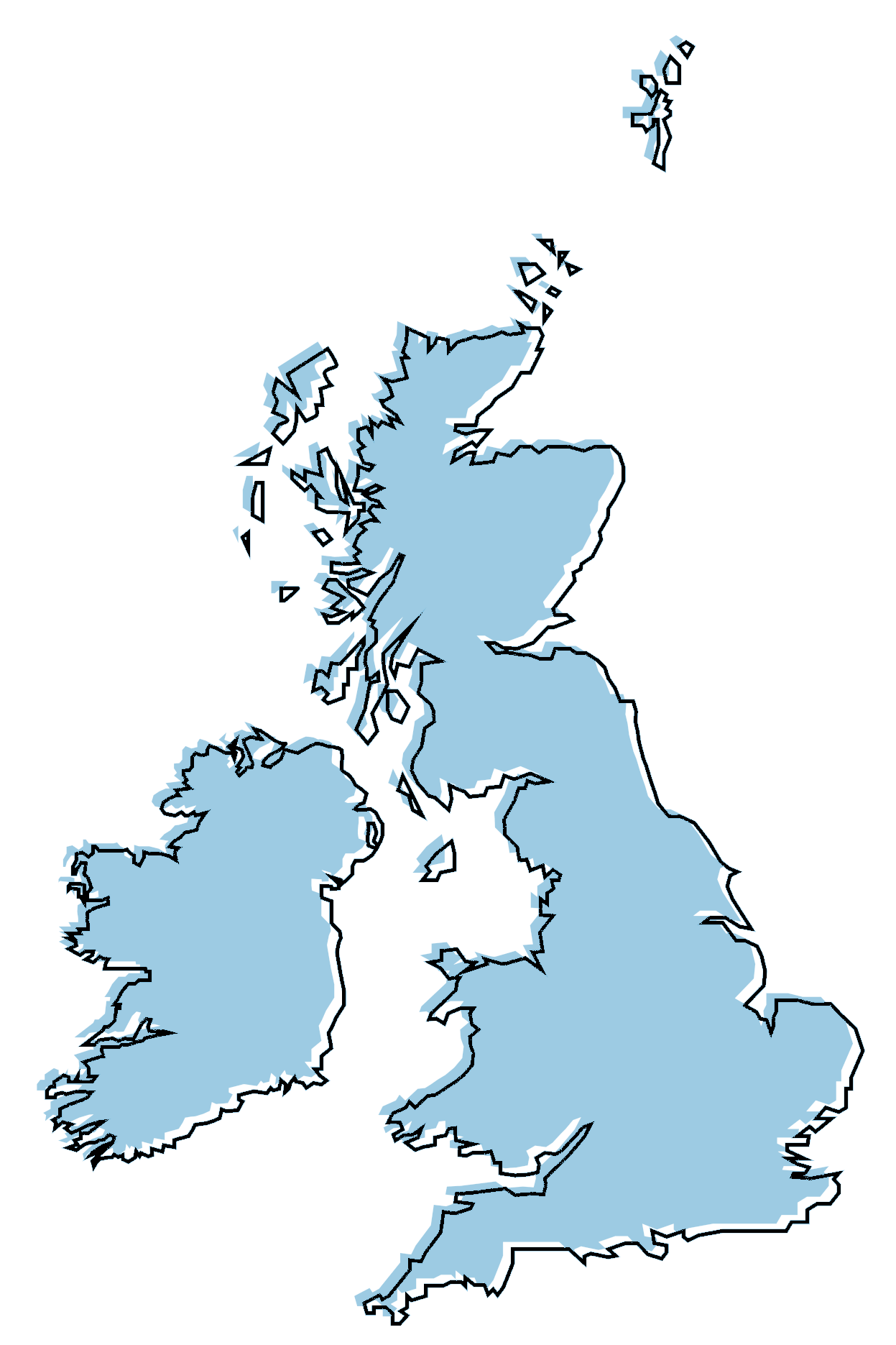 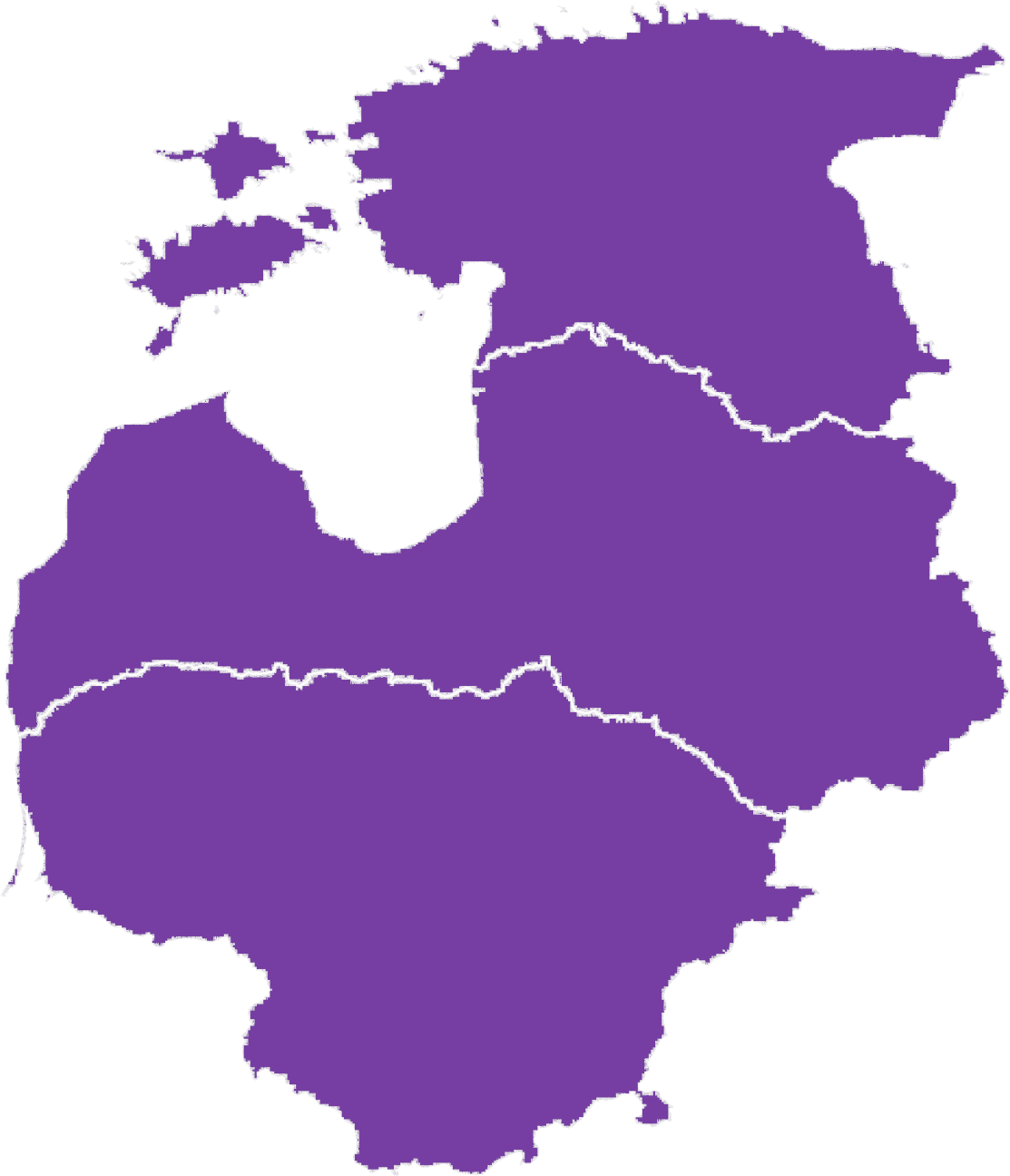 With many independent coffee bars and specialty coffee roasters to larger, well-funded coffee chains establishing themselves over the last decade, the Baltics are awash in coffee, at least in the capital cities and larger towns. And the coffee boom is only getting started. For the last decade, coffee consumption in the region is trending upwards. Travel to any of the capital cities of Vilnius, Riga, and Tallinn, and you’ll have a relatively easy time finding well-poured lattes, perfectly pulled espresso shots and elegantly brewed pour-overs from customer-oriented baristas. The growth of the Baltic specialty coffee scene is perhaps a modern-day economic barometer to the region’s overall retail vibrancy.

Dutch merchants are said to be the first to bring coffee from the port of Mocha and introduce it to the rest of the world, to Sri Lanka, Java, Indonesia, and then to Central and South America. Today, coffee has made its way into the daily lives of people in the Netherlands and the current coffee consumption per capita ranks fifth in the world. Many coffee businesses, especially specialty coffee roasters, here dedicate themselves to sustainable and ethical practices, providing a fertile ground for specialty coffee culture to flourish further than in neighboring countries. 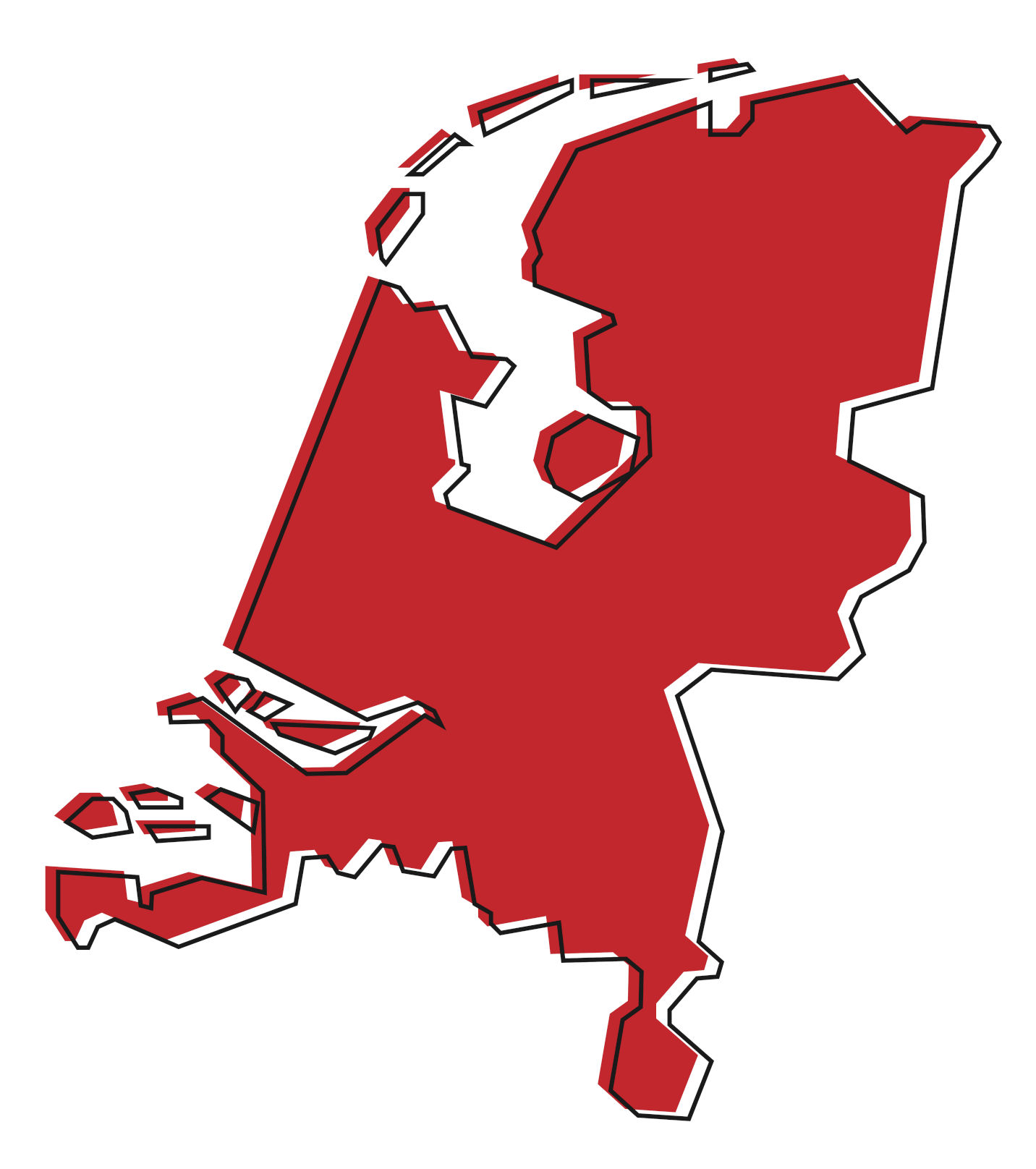 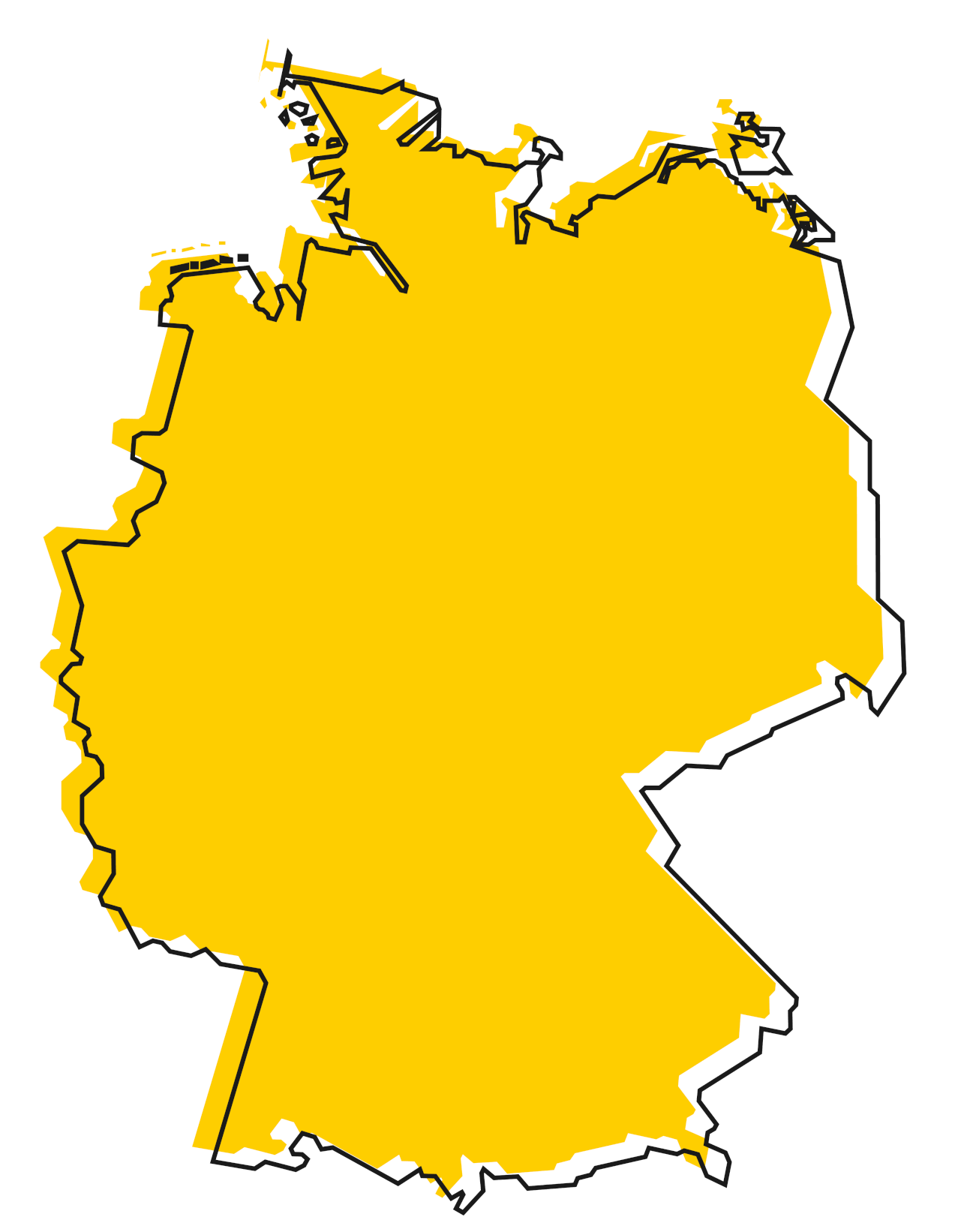 The history of coffee on the old continent begins in 1575 when a German botanist named Leonhard Rauwolf first mentioned it in one of his explorations to Africa, which in turn gave rise to a widespread interest in coffee throughout the Old Continent. It is thanks to him and to other European explorers that interest in coffee started in Europe and prompted the first trades between the Republic of Venice and North Africa to happen a few years later, at the beginning of the 17th century. Since around 2010, specialty coffee culture has begun to take root across Germany, especially in Berlin. Although the country is a relative newcomer for what concerns specialty coffee, its manufacturing prowess has had a strong influence on the global coffee scene, which is evidenced by the numerous companies producing top-notch equipment for processing coffee, ranging from coffee drippers to coffee roasters and to coffee grinders.

In Italy, like in most of Europe, coffee arrived in the second half of the 16th century through the commercial routes of the Mediterranean Sea. Coffee arrived in Europe through Venice, where perfumes, tea. dyes, and fabrics were traded through the merchants on the Spice Route, as many European merchants got used to drinking it abroad and took it back to that city. In 1580 the Venetian botanist and physician Prospero Alpini imported coffee into the Republic of Venice, and soon coffee shops started opening one by one when coffee spread and became the drink of the intellectuals, of social gatherings, even of lovers as plates of chocolate and coffee were considered a romantic gift. At the beginning of the 1900, Moriondo first patented and Bezzera later refined the Espresso machine, making Italy the official birthplace of espresso. More recently, in 1933, Alfonso Bialetti invented the first moka pot in Turin and in 1946 his son Renato started industrial production, making the coffee maker (as well as coffee) an icon of Italy in the world. 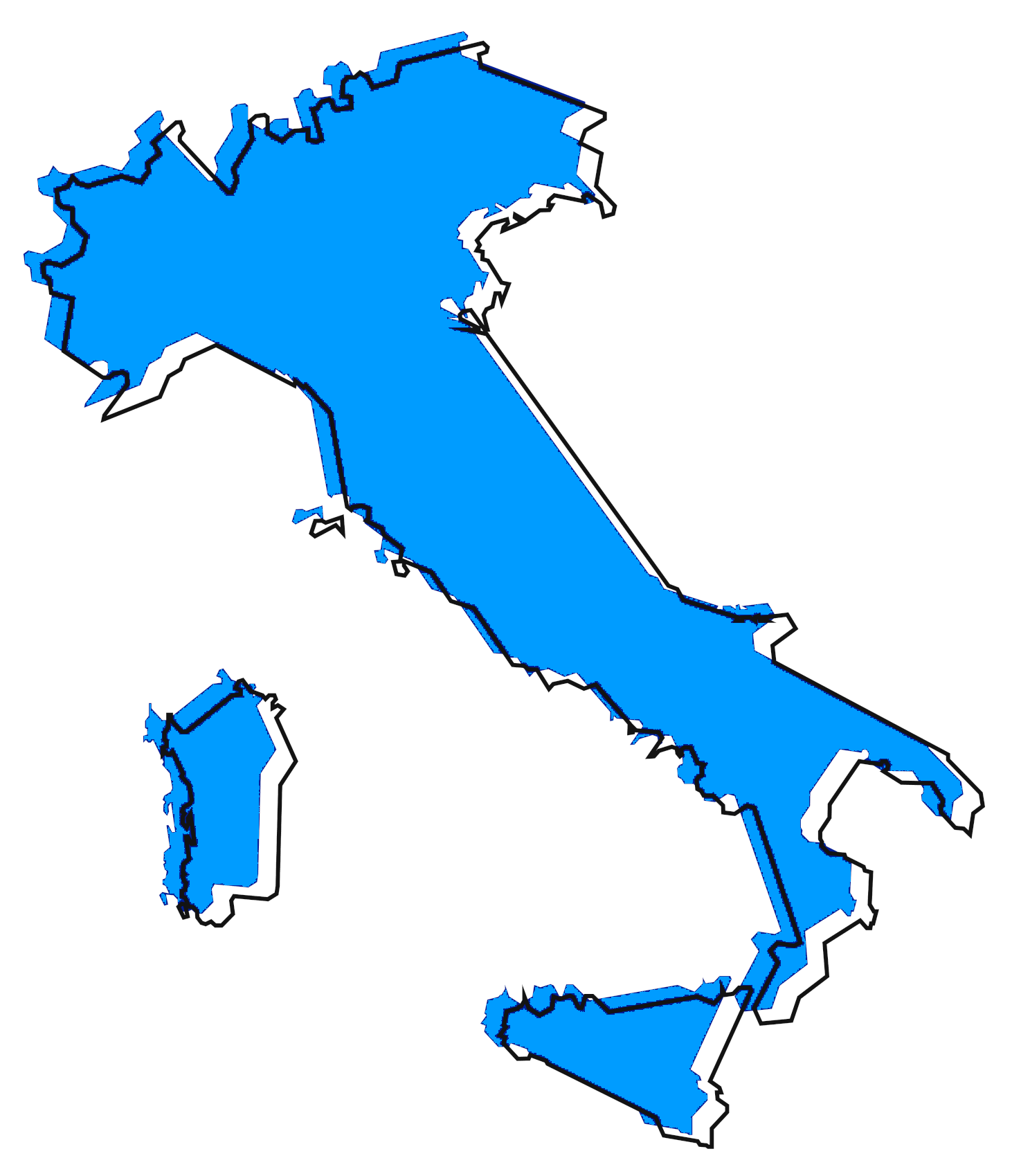 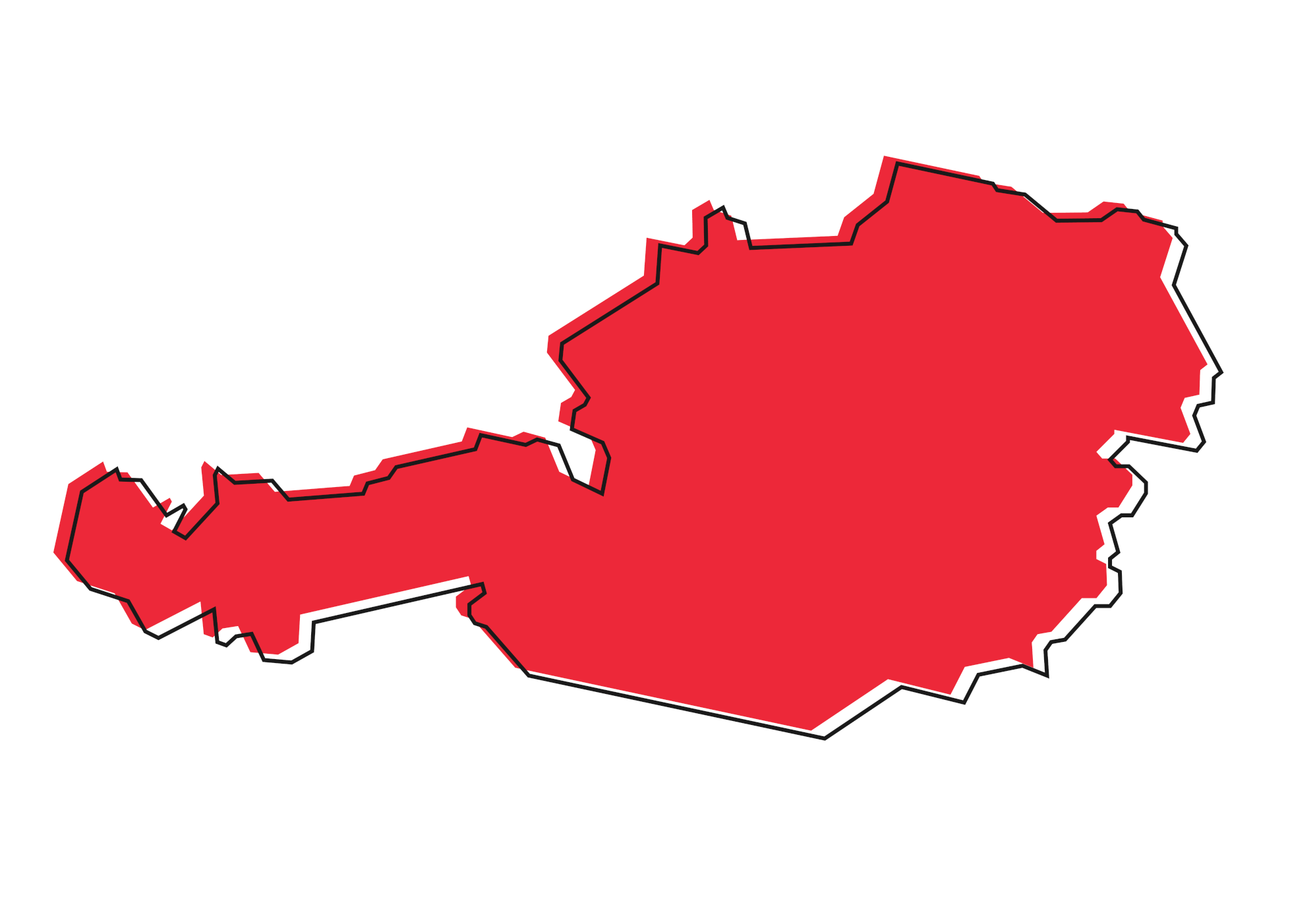 The first coffeehouse in Austria opened in Vienna in 1683 after the Battle of Vienna, by using supplies from the spoils obtained after defeating the Turks. A very special Viennese coffee house culture developed in Vienna in the 19th century and then spread throughout Central Europe. Scientists, artists, intellectuals, bons vivants and their financiers met in this special microcosm of the Viennese coffee houses of the Habsburg Empire. In this diverse coffee house culture of the multicultural Habsburg Empire, different types of coffee preparation also developed. This is how the world-famous cappuccino from the Viennese Kapuziner coffee developed over the Italian-speaking parts of the northern Italian empire.

Coffee first came to Greece during the times of the Ottoman empire. After being discovered and made into a drink in Ancient Arabia, and then traded by the Persians around the world, the first coffee shop opened in 1425 in Constantinople. This tradition quickly spread around the world, and as the Ottoman Empire increased its influence in the region, so did coffee. Greek coffee is similar to Turkish coffee and other coffees in the region, such as Armenia and Cyprus. Because Greek coffee is boiled, rather than brewed, Greek coffee has a distinctive rich and creamy flavour. Boiled Greek coffee is rich in polyphenols and antioxidants, and contains only moderate amounts of caffeine compared to other coffees around the world. The Traditional Greek coffee is also known as Turkish coffee or Arab coffee and it is unfiltered unlike espresso and prepared in a briki, or ibrik. It is served in a small glass like an espresso. The most popular drink to order in Greece at the moment, however, is not the traditional coffee but the Espresso Freddo. This is a cold espresso with crushed ice added to it, and which is served in a tall glass. 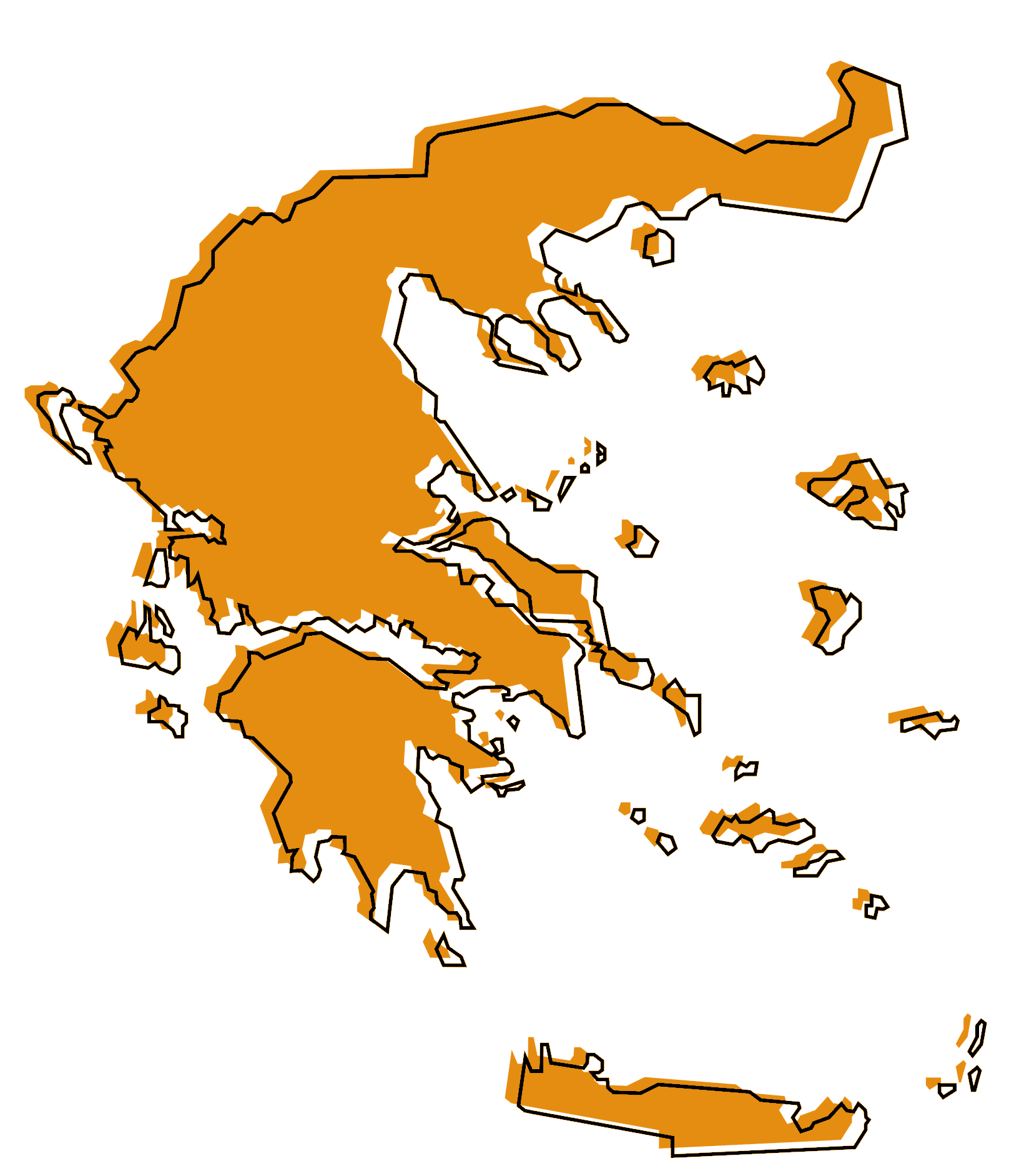 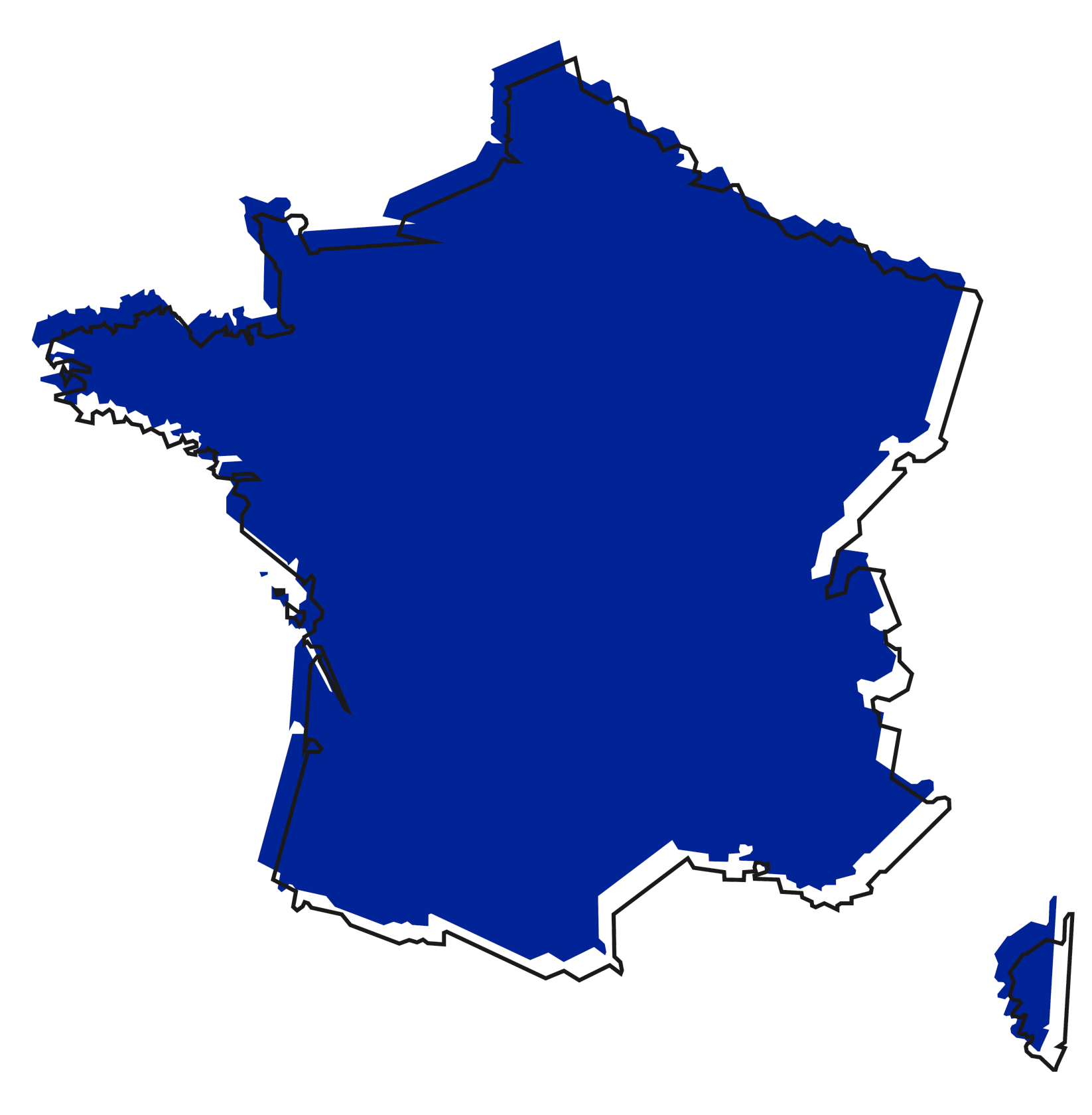 French -and especially Parisian- cafés have a pronounced place in history. With their historical and cultural significance, and yearn for the delicate, dark café noir, French cafés are so important to French culture. From the French Revolution to the French Resistance, cafés were where freedom fighters developed their ideas and plotted rebellion. Cafés were also hubs of famous writers and philosophers. Many famous literary prizes are named after these cafés. While it is often said that “France is a country of café culture, not coffee culture“, specialty coffee shops are now taking hold across France. These small, independent stores focus on sourcing green coffee beans from independent farms, and use precise roasting methods for maximum preservation of flavor. Many French customers are surprised at their first sip of artisanal black coffee, to discover natural accents of lemon, chocolate or apple. This new French wave of artisanal coffee shops is revolutionizing French’s taste of coffee. 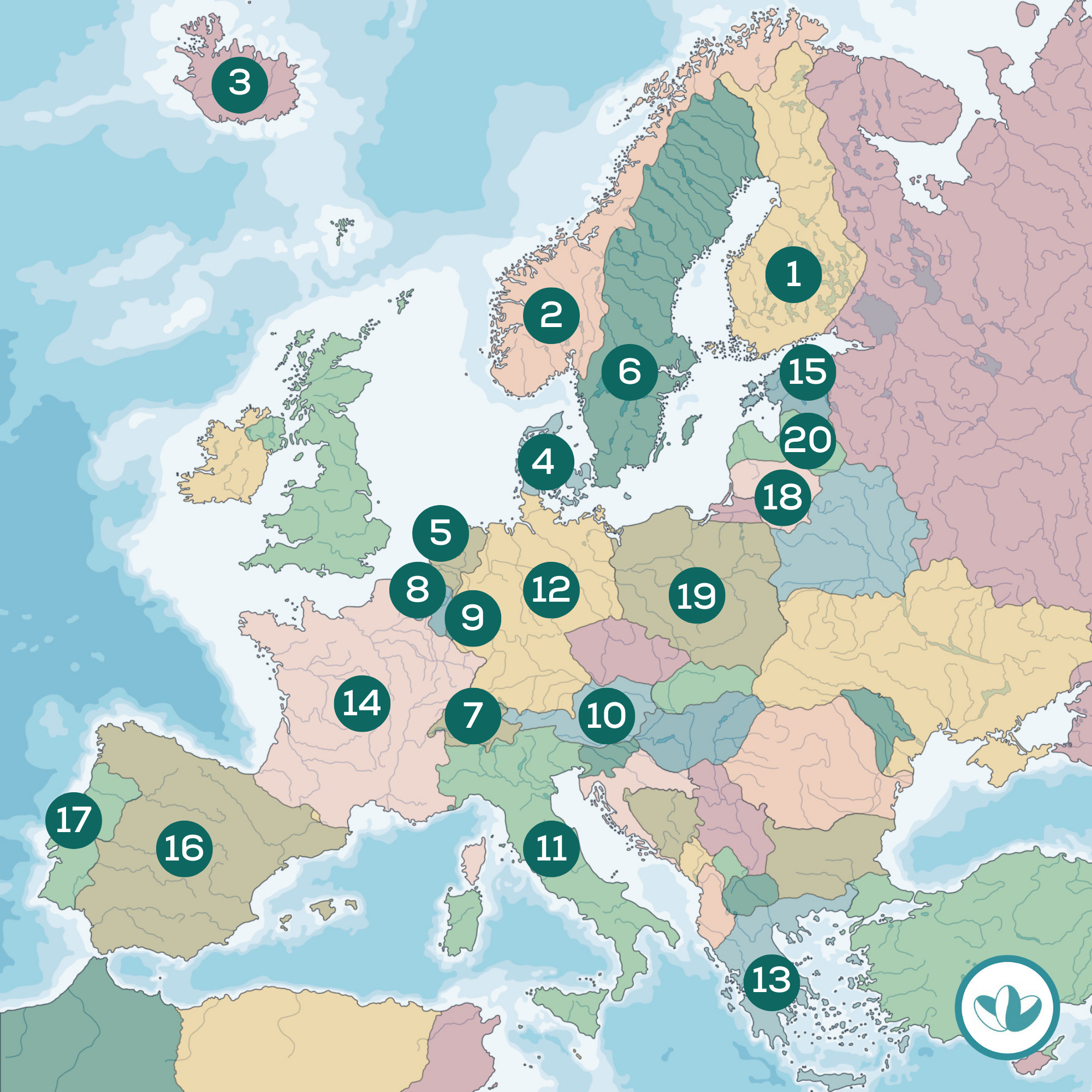 Buying specialty green coffee is somewhat complicated. The green coffee has to be shipped around half the world to reach Europe. Most specialty coffee roasters and coffee producers are not experts in international sea freight, exports from various countries or customs regulations. If you don’t want to pursue a completely direct trade, rely on experts who work in this field every day and know all about it. Fantine is your partner to ensure a reasonable, sustainable and transparent trade when sourcing specialty green coffee beans.